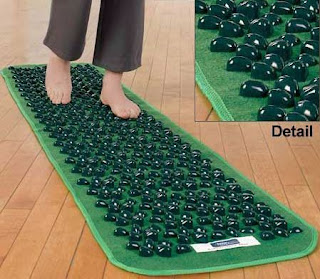 Is there such a thing as high intensity walking, cobblestone reflexology mat walking that produces quicker health results than usual walking?
First, we note the idea of the high intensity workout. Much has been made recently about the value of high-intensity interval training. The idea is: use intervals of high intensity exercise in a shorter amount of time to get the same results as moderate exercise for a greater amount of time.
Researchers at McMaster University showed that 10 minutes of cycling with high intensity all-out intervals (three of 20 seconds) sandwiched around regular cycling (2 minutes) equaled the health results of 45 minutes of moderate cycling, achieving results 5 times faster over a 12 week period. Both workouts included a 2-minute warm-up and 3-minute cool down. Insulin sensitivity and cardio respiratory fitness were among measurements compared.
It may just be that reflexology mat walking is a form of high intensity walking. Consider the research. In the well known Oregon Research Institute study, study participants who walked on a cobblestone reflexology mat for 45 minutes 3 times a week for 4 months lowered their diastolic blood pressure by 4.75 mm Hg. more than those who walked the same amount on a flat surface. Other studies have shown that walking 10,000 steps a day for 3 months helped study participants lower their diastolic blood pressure by an average of 8 mm Hg.

Posted by Kevin Kunz at 7:44 AM No comments: 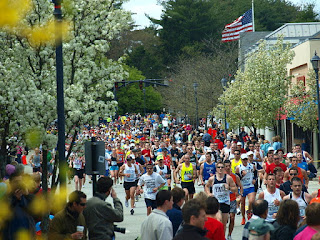 I have been seeing Kevin Kunz for several years and he is amazing! My passion is running and I hope to run for many years to come. Being a runner, you can experience all types of injuries. I had been experiencing a foot injury for quite a while and decided to see Kevin with the hopes that he could help me work through my injury. Well, he did and shortly after seeing him, I ran the 2016 Boston Marathon and finished with no pain and the pain that had nagged me for quite some time has not returned. Reflexology keeps my mind, body and spirit healthy, and I recommend it for everyone! Kevin Kunz, thank you!Liz Sanchez
Posted by Kevin Kunz at 2:12 PM No comments:

Ankh-ma-hor’s Tomb: You Are There 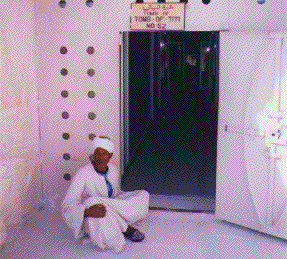 Does your travel itinerary include a trip to Egypt to visit the Tomb of Ankh-ma-hor with its pictograph of reflexology? If not, here’s your chance to experience the Tomb through video footage. While brief, the segment from the History Channel’s series Ancient Aliens brings to life an ancient symbol of reflexology. The pictograph is the earliest known artifact of reflexology and, some would argue, one of the earliest of any type of medical practice.
To stand in front of the Tomb with the program presenter and pass through its door is to walk with history. A brief view of the pictograph is included in the program and identified by the presenter as reflexology.
The pictograph and accompanying hieroglyphs have fascinated reflexologists since their discovery in 1980 by California reflexologist Ed Case. Ed and his wife Ellen were touring the Papyrus Museum in Cairo when the tour guide said, there’s something here you’ll be interested in. It was a papyrus rendering of the pictograph, a bas-relief carving found in the Tomb of the Physician, Ankh-ma-hor in Saqqara, Egypt dating from 2340 B. C. E.
Ancient Medicine, Extraterrestrial Contribution
The pictograph is presented here as an example of ancient medicine. The source of Ankh-ma-hor’s medical practices is brought into question as part of the premise of the program “Ancient Operations”: ancient medical practices were the result of information from visiting extraterrestrials.
Below is a transcript of the visit to the Tomb of Ankh-ma-hor.
The History Channel series Ancient Aliens
“Ancient Operations: Questioning how humans learned to heal by exploring ancient possibilities involving the human body, breakthroughs in medicine and medical procedures”
“Are recent breakthroughs in medicine really the result of years of research or does the knowledge of healing come from an otherworldly source? “ ‘It would seem this is medical knowledge that’s coming from some advanced civilization of extraterrestrials.’ ”
“Saqqara, Egypt. Here across from this towering step pyramid lies the Physician’s Tomb also known as the Tomb of Ankh-ma-hor. According to archeologists it was built more than 4,000 years ago for one of the most important officials of the ancient Egyptian civilization.
“ ‘I’m taking you inside the Physician’s Tomb (says Robert Bauval, co-author of  Black Genesis) where you get a glimpse of how they performed complex medical and surgical operations in ancient times.
“ ‘What’s amazing about this tomb is that the physician Ankh-ma-hor lived four thousand three hundred years ago and he performed very complex surgical and medical operations. We can see here a circumcision 2,000 years before the Bible.
“ ‘And here we see a scene of reflexology. We can see them muscling and flexing the muscles. Also here, an amazing operation, a surgical operation on the hands. It is even suggested that he may have had brain surgery removing tumors.”
“‘ But where did he get the knowledge from? Well, they say they got it from Thoth, the god of wisdom and science who brought to them all the knowledge from the gods.’ ”
It is speculated by David Wilcox, author of The Source Field Investigations, that “ ‘these technologies were brought in and were given to them (ancient Egyptians) as a complete package rather than something that developed out of a society that before then had been extremely primative. Egyptians themselves said that Thoth was responsible for this.’”
“But who or what was Thoth? Might he have been not a divine being but an alien visitor?”
See the program at http://illuminatiwatcher.com/ancient-aliens-alien-operations-s6e6-full-episode/
For more information:

Proof of Ancient Roots for Reflexology

History Rediscovered- The Story of the Egyptian Pictograph

Posted by Kevin Kunz at 7:41 AM No comments:

Reflexology Research Project – The most comprehensive site about Foot and Hand Reflexology
Posted by Kevin Kunz at 7:43 AM No comments:

Can Reflexology Help Those with Asthma? 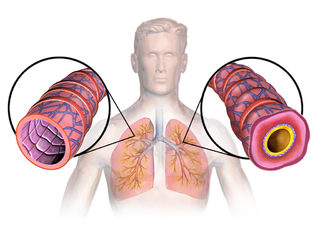 Previous research produced mixed results about the ability of reflexology to help those with asthma breath easier.
In a Danish study 30 individuals provided with reflexology once a week for ten weeks, results were reported: “The authors do not find that this investigation demonstrates that foot zone therapy is of effect on the disease bronchial asthma.”
In a Chinese study positive results were reported. Following the daily application of foot reflexology for 40 to 50 minutes over a period of two to twelve weeks, all 45 patients with infantile bronchial asthma (ages 1 to 7) experienced a disappearance of symptoms.
Iranian Reflexology Research
In a recent Iranian study, 45 individuals with asthma were assigned to one of three groups: control, reflexology or foot massage. “The interventions were performed for ten sessions; 3 times a week for 15 min on each foot by a massage therapist.” All study participants continued their usual asthma medications. Following the interventions significant differences were found in asthma symptoms between those in the control group and those in the reflexology and foot massage groups.
“The scores of asthma control dimensions among the study groups”:
Abstract: http://www.ncbi.nlm.nih.gov/pubmed/27357875
Full article information also found at: http://www.ncbi.nlm.nih.gov/pubmed/27357875
Dashti S1, Shahmari M, Mirzaaghazadeh A, Mirzaaghazadeh M., “Effect of Foot Reflexology and Olive Oil Foot Massage on Asthma Control.” Glob J Health Sci. 2016 Apr 29;8(12):56086. doi: 10.5539/gjhs.v8n12p53. PMID: 27357875
Asthma and Reflexology
Self-help reflexology technique
See http://www.reflexology-research.com/?p=54
Research Methods=Research Influenced?
Methods are always an issue in research. With the above asthma studies, two issues come to mind: frequency of application and practitioner. The Chinese research saw positive results with daily application while the Danish study saw no results with weekly application. The Iranian study saw positive results with application three times a week.
An question is raised with the Iranian study due to the providing of both reflexology and foot massage interventions by a massage therapist. Both results were positive. Both were nearly identical. Would results be different if the reflexology interventions were provided by a reflexologist?
SaveSave
Posted by Kevin Kunz at 3:58 PM No comments: 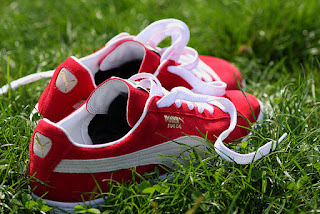 Design for movement: "At a basic level, architecture is like a shoe: a useful tool designed to protect the human body from harm caused by the natural elements.


"Yet over time, we can become over-reliant on its comfort, losing our dexterity and our ability to withstand even the slightest discomforts. So what is meant to help us may, in fact, hinder us by making things too easy, removing all physical challenges and other stressors that are essential for optimal health." Design for movement Lauren Friedrich, a 2016 graduate of Harvard's Graduate School of Design (GSD)

Posted by Kevin Kunz at 8:45 AM No comments: