Reflexology Before Shots Makes for a Happier Infant 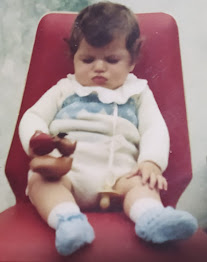 Nobody likes to see a little one cry but, when it’s time for vaccination shots, it’s inevitable. Things can be better for baby. Research showed reflexology applied before the inoculation reduced crying time and pain afterwards.

Reflexology was applied for 20 to 30 minutes before the inoculations with time depending on the size of the infant’s foot. After the vaccinations, a statistically significant difference was found between the pain scores of infants in the reflexology groups and those in the control group.

The FLACC pain score found to be 5.47 (± 2.11) in the reflexology group and 9.63 (± .85) in the control group. (Wikipedia: The FLACC scale or Face, Legs, Activity, Cry, Consolabilityscale is a measurement used to assess pain for children between the ages of 2 months and 7 years or individuals that are unable to communicate their pain). The infants in the reflexology group also had lower heart rates, higher oxygen saturation, and shorter crying periods than the infants in the control group.

To try this, gently press on the sole of your baby’s bare or socked foot. As described in Reflexology for Children, “The feet and hands ar natural candidates for playing with an infant. Saying ‘This little piggy went to market’ while pulling or squeezing toes is a staple activity to get an infant’s attention. A few presses here and there and some movements and you have a reflexology session that is an extension of a childhood game.”

The Effect of Foot Reflexology on Acute Pain in Infants: A Randomized Controlled Trial.

Books by Kunz and Kunz

Reflexology: Hands-on Treatment for Vitality and Well-being
Complete Reflexology for Life: Your Definitive Photographic Reference to the Best Techniques and Treatments

Intermittent Moving: How I Lost My Pants and Mastered My Weight
Un-Sit Your Life: The Reflex "Diet" Solution

Email ThisBlogThis!Share to TwitterShare to FacebookShare to Pinterest
Labels: ANS