We have just been invited to teach in China.

And orders have just been pouring in for the new research document.

We just put out a press release for PRWeb on our Evidence- Based Reflexology series. It is available for your web site, blog or social networking site. Study Finds Reflexology 93% Effective As of this post there has been over 23,000 hits and that is just over 16 hours since it's release.

The one we thought would sell the most is the Evidence-Based Reflexology for You and Your Family is a distant third. It also seems that reflexologists are attracted to the more detailed document, Evidence-Based Reflexology for Health Professionals and Researchers which we thought would mostly interest researchers. We were wrong. It seems as though reflexologists are seeking more in-depth information than we imagined.

On second thought the reflexologists are increasing their economic viability by purchasing the $100 dollar document. One reflexologist I talked to is going to work with a doctor. I guess to her it is only a couple or sessions or so.

A Yale neurology professor has attacked our work as bunk. He is picking on the program mentioned on this blog that uses reflexology to help with aggressive students.

The professor carefully parses his words in order to twist our words. Stay tuned for our response.

http://www.reflexology-research.com
Posted by Kevin Kunz at 9:27 AM No comments:

Greetings!
Several readers had trouble with the links for Evidenced Based Reflexology in the last newsletter. We are sending this notice to give you links to those publications.

And we are offering a 48 hour special on Evidenced Based Reflexology for Health Professionals and Researchers. Normally the price is $199.00. But for a limited time the price is $100.00. See below for details.

Click on either the title or the price to order the product.
For more information on these titles go to http://www.reflexology-research.com/researchdoc.html. These are electronic documents and are downloaded to your computer.
Please let us know if you need assistance.

Evidenced Based Reflexology for You and Your Family

Reflexology For Children With ADHD: Reflexologists Help Kids With Behavior And Attention Disorders

Reflexology For Children With ADHD: Reflexologists Help Kids With Behavior And Attention Disorders

This is a really great article by Amy Kreydin on helping children with behavior problems. it looks like a ongoing trend. It is being done in this country. I will gather more info for you.

http://www.reflexology-research.com
Posted by Kevin Kunz at 8:23 AM No comments:

Just put out our latest newsletter. We are quite excited about our new publications on evidenced- based reflexology.

Love to hear your reaction.

http://www.reflexology-research.com
Posted by Kevin Kunz at 2:43 PM No comments: 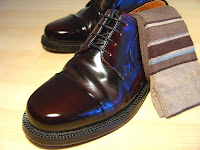 The above link has some good general information on shoes and socks. Above all remember that shoes will not last for years.

http://www.reflexology-research.com
Posted by Kevin Kunz at 12:46 PM No comments: 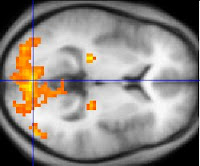 Okay once again a fMRI study shows the connection between areas on the feet and areas in the brain related to the corresponding part of the body. This time we are talking about the shoulder, eye and small intestine. Why in the world isn't medical science paying attention to these studies? This study was on Medline, the holy grail of the medical profession.

http://www.reflexology-research.com
Posted by Kevin Kunz at 8:03 AM No comments:


"... Labour-run Lambeth Council in South London is to spend £90,000 next year sending reflexologists into its schools to practise their soothing art'

"The team, from a company known as Bud-Umbrella, will work in 60 primary and 14 secondary schools, with children under 13 deemed to be badly behaved"

Unruly school pupils will be punished with... a foot massage
By RYAN KISIEL
Last updated at 7:46 AM on 03rd November 2008

It is surprising how harsh the response to this program is in the UK papers. It makes it sound like the children misbehave and then get rewarded with a reflexology sessions. I am sure that isn't the case. But it is more sensational for the writer to portray it as some type of reward system.

I wish I had know about reflexology when I was a counselor. Children are not the enemy. Unruly children are often abused both mentally and physically in many families. Punishment of the harshest kind often makes them worse. Why not a little TLC? There is research in this direction that show positive results.

Reflexology sessions shouldn't be a reward for bad behavior but it can be a respite from the stresses of adolescence. The higher their stress level the worse they behave. Lower their stress level and then you may have a chance of reaching them. Hopefully before it is too late.