Over the millennial, with a history dating back thousands of years, reflexologists have produced results, creating healthy outcomes.

It’s now research time, time to answer questions about why this would be.

For us it’s been forty years in the making but it’s a goal all reflexologists want. At least that was what 100% of those responding to a questionnaire said when asked. Forty years ago reflexologists said, yes, about the statement, “They could discover how reflexology works if they tried.” It’s about to happen. 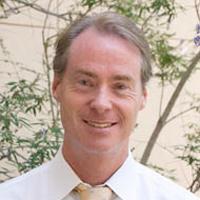 We are pleased to work with Dr. Stefan Posse, neuroscientist at the Human Brain MR Imaging Research Laboratory University of New Mexico School of Medicine, to explore the “Neuro Pathways of Applied Reflexology,” exploring proving the concept of reflexology, using fMRI (functional Magnetic Resonance Imaging) brain scan. The research is administered by the non-profit University of New Mexico Foundation.

The intended research is a search for an honest, straight forward answer to why reflexologists create such results.

We’ve been looking for the answer for years, decades actually our entire careers. Our interest is to close the circle on a search that started early in our reflexology careers. One event lead to our dedication to the search. See below.

“There is an urgent need to characterize the biological substrates (the part of the central nervous system, i.e., brain and spinal cord that underlies a specific behavior, cognitive process, or psychological state)* and mechanisms of reflexology. Functional MRI is uniquely positioned to answer questions about brain regions stimulated during reflexology, synchronization of brain activity and the role of the limbic system in conveying benefits to the patient. (The limbic system is a set of structures in the brain that deal with emotions and memory. It regulates autonomic or endocrine function in response to emotional stimuli and also is involved in reinforcing behavior.)*

“The real-time fMRI technology developed at the University of New Mexico in the Human Brain Imaging Research Laboratory is uniquely suitable for mapping with high sensitivity and specificity the entire connectome (the system of neural pathways in a brain or nervous system, considered collectively)* associated with the application of reflexology. This includes brain activation and brain connectivity and changes thereof during stimulation of different body parts using reflexology. Mapping activation and connectivity during the fMRI scan enables monitoring of data quality and experimental feedback to the subject with the goal of enhancing the effectiveness of the treatment.”

*Material in parentheses is our addition.

The roots of this project for us date to forty years ago and our work with a paralyzed clientele.

“Jimmy, are you moving your fingers?” It was a question asked of a client during the course of simultaneous hand and foot reflexology sessions.

For any client this was a different response to reflexology work. Since Jimmy was a quadriplegic, this, movement of fingers, was not supposed to happen under any circumstances. And why would he say Kevin had caused it?

It turned out, Kevin’s reflexology work on a particular reflex area of the left foot had prompted movement of the fingers of Jimmy’s right hand.

Jimmy’s answer lead us to a search for answers and an eventual hypothesis for the question, how does reflexology work and, many years later, research with Dr. Posse.

Why would this be?

The question became why: why would movement of fingers be prompted by reflexology work? A similar phenomena was observed as we worked with two additional paralyzed clients both paraplegic. The movement prompted by reflexology work to the same reflex area of the foot was of the opposite foot. Also observed with all three clients were effects on the internal workings of the body: sweating, grumbling of the intestines and shivering with reports of no sensation of cold.

As we would discover, pressure whether prompted by a footstep or reflexology technique application creates a reflex response throughout the body. Such a simple answer now adopted as a cornerstone the the reflexology definition. It was a year in the making.

Kevin had been studying in detail how a footstep happens. Barbara was studying the nervous system.

Kevin recognized the change in movement by the paraplegic clients as time went on. After six months both clients reflexology work prompted movement of their feet as a segment of taking a footstep.

Barbara discovered the concept of proprioception. Proprioception is the body’s ability to sense pressure, stretch and movement. Especially important is deep pressure to the bottoms of the feet. It was a Eureka moment.

Putting the two together, the footstep and the ability of the foot to sense pressure, we saw our reflexology work had tapped into deep pressure sensors in the bottoms of the feet, stimulating a part of the body’s walking mechanism.

As we found out, internal organs work together with pressure sensors in the feet. Think of the fight or flight response. In time of danger, the adrenal glands respond as do other activities of the internal mechanism. The feet stand ready to do their part. Such responses go on day and night as our bodies respond to what we do. Pressure sensors in the feet contribute to whole body communication whether one is sitting or standing or walking, each requiring a different level of energy expenditure.

The results produced by the work of reflexologists over millennia is created by this coordination within the nervous system of the internal organs (autonomic nervous system) and the ability to move (motor nervous system).

This was and is our hypothesis. The word pressure has subsequently been adopted into many definitions of reflexology. Effects on the autonomic nervous system is seen as a viable model of how reflexology works. After more than forty years we look forward to seeing it tested

I was diagnosed with COPD with 55-60% lung capacity. and Hiv, My doctor just said all the crying , stomping your feet will not change it so just accept it and basically patted me on the back and sent me home to die. I was devastated and was afraid to do anything. I stopped riding my bike, I was afraid to do anything that would cause any exertion. It consumed my thoughts with every breath and the fear of what to expect was almost more than I could deal with. So I couldn't get myself all time I decided to find a herbal cure online and I came across Doctor Itua on how he cure several people suffering from Hiv, and Herpes I gave him a call on this Number +2348149277967 also chat on whatsapp he gave me all the details about the cure i paid him for the medicine after 5 working days i receive my herbal medicine ,I use it for two weeks that is how I get Cured and today I'm living healthy and  fine I give him thanks also promise him to testify about his work,He Can also cure the following diseases..Copd,Herpes,Alzheimer's disease,carcinoma.Asthma,Allergic diseases.Parkinson's ,Epilepsy,Cancer,Fibromyalgia,Hiv,Hepatitis,diabetes,Coeliac disease,Infertility, Asthma.Contact...drituaherbalcenter@gmail.com..Whatsapp Number...+2348149277976